Total's & Pogoing along to Toyah Willcox

We had a quiet weekend, being the first Saturday of the month the busy Stone farmers market was in full swing. We made a few purchases on various stalls before pushing a trolley around Morrisons for a few staples. Sunday saw FL back in Aston Marina, after Nicky had brimmed the fuel tank (100%) I reversed FL back towards her berth, with the slight wind blowing we ended up across the bows of the moored boats opposite, a second attempt worked much better and FL was tied up and attached to the orange wire... the battery bank sighed with relief.

Sunday Sue ensconced herself in the laundry room while I walked down the towpath to the Boat Building Chandlers to buy a cratch light fitting to replace the faulty one, it's about a four mile trip but the sun was out and the tow path wasn't too soggy. Lot's of boats were moving probably to get to the right side of the Trent & Mersey lock closures which start on the 3rd of November.

So here we are back where we started seven months later, the 2014 cruise started with a trip to the Caldon Canal then the  Macclesfield Canal to the Peak Forest from there we winded our way south through the  centre of Birmingham down on to the Thames and as far south as Godalming in Surrey via the River Wey. West as far as we could go on the Thames that started a trip to Ellesmere Port via Wales and the LLangollen Canal.

Highlights
Basically every time I'm at the tiller is a highlight for me but  the Pontycysyllte Aqueduct, National Waterway Museum at Ellesmere Port and of course, the Royal River were a few of my favorites, one of Sue's was Pogoing along to Toyah Willcox at the Crick boat show in May! 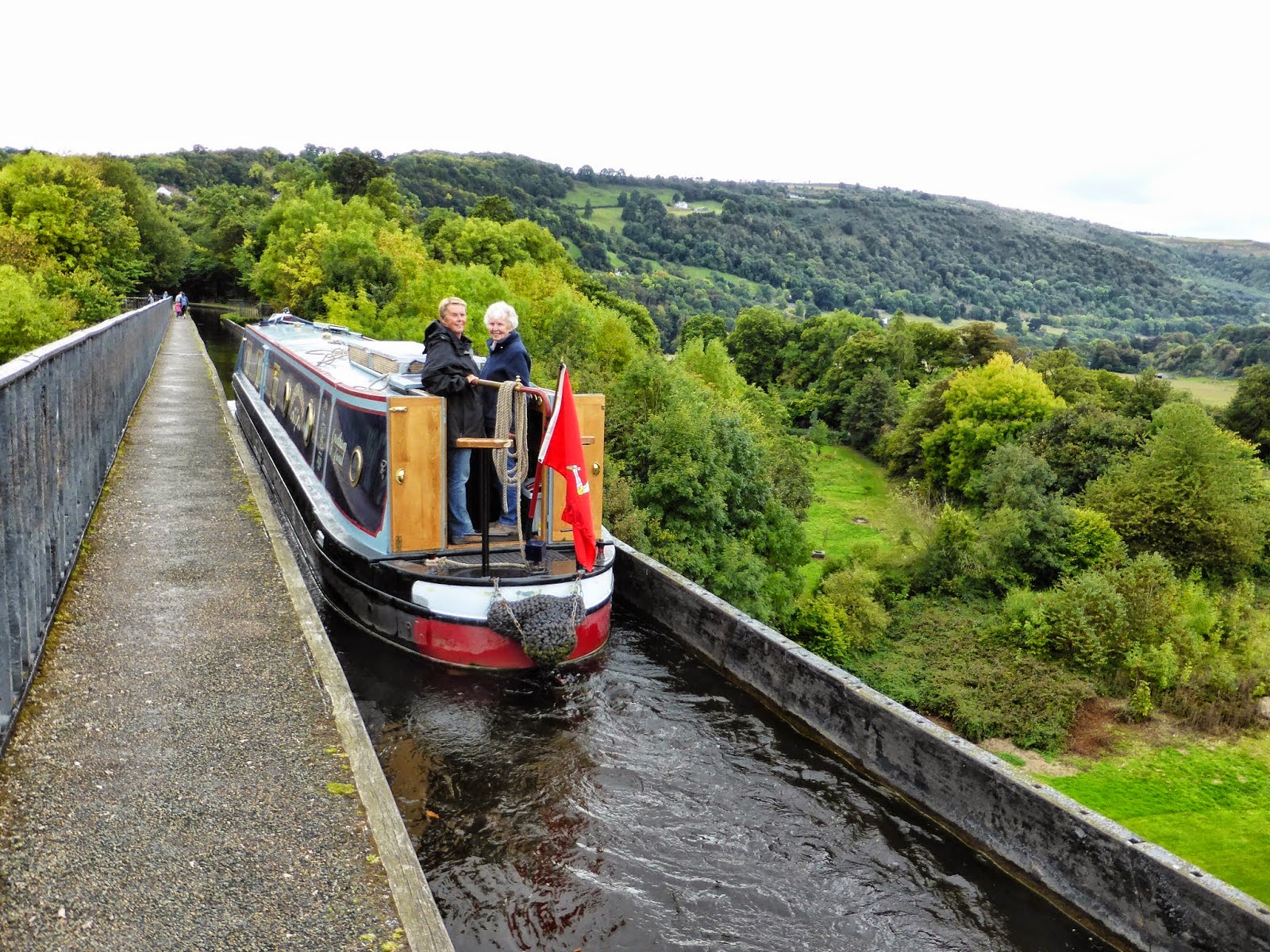