Saturday- Watched a decent performance by a depleted England RU side that were narrowly beaten by a last minute try in the last minute by the world champions New Zealand at Eden Park, later we watched the England football side failing to score against Honduras probably  the worst team to qualify for  the World Cup!

The rain starting coincided with our departure so it was boots and weatherproofs from the start as we set off through Cropredy lock to the service point. An inconsiderate boater (it was the chap Sue helped through the locks yesterday!) was moored up on the water point so it was difficult to moor to use the facilities, after winding, Sue held FL under the bridge while I did the necessary, we didn't need water.

The rain was heavy, the watery silver bullets came vertically so didn't get through our defensive layers. Broadmoor, Varney, Elkintons locks and Claydon 5 locks were mostly in our favour as we continued on route through the green and pleasant Cherwell valley. The lambs are growing, running & playing impervious to their coming end. On the left bank the last few yellow flowers  of the the rapeseed are now hanging on to the plant, on the right bank fields of winters silage are nearing the time for reaping. The downpour suddenly stops, we peel of the layers and cruise to Priors Hardwick in warm sunshine.

Sunday-Glorious sunny day as we leave our mooring, we can see the windmill on top of Napton Hill from here but it will take four hours for us to reach the bottom of the hill, we cruise through the scenery to Marston Doles and the start of the Napton Flight of nine locks. 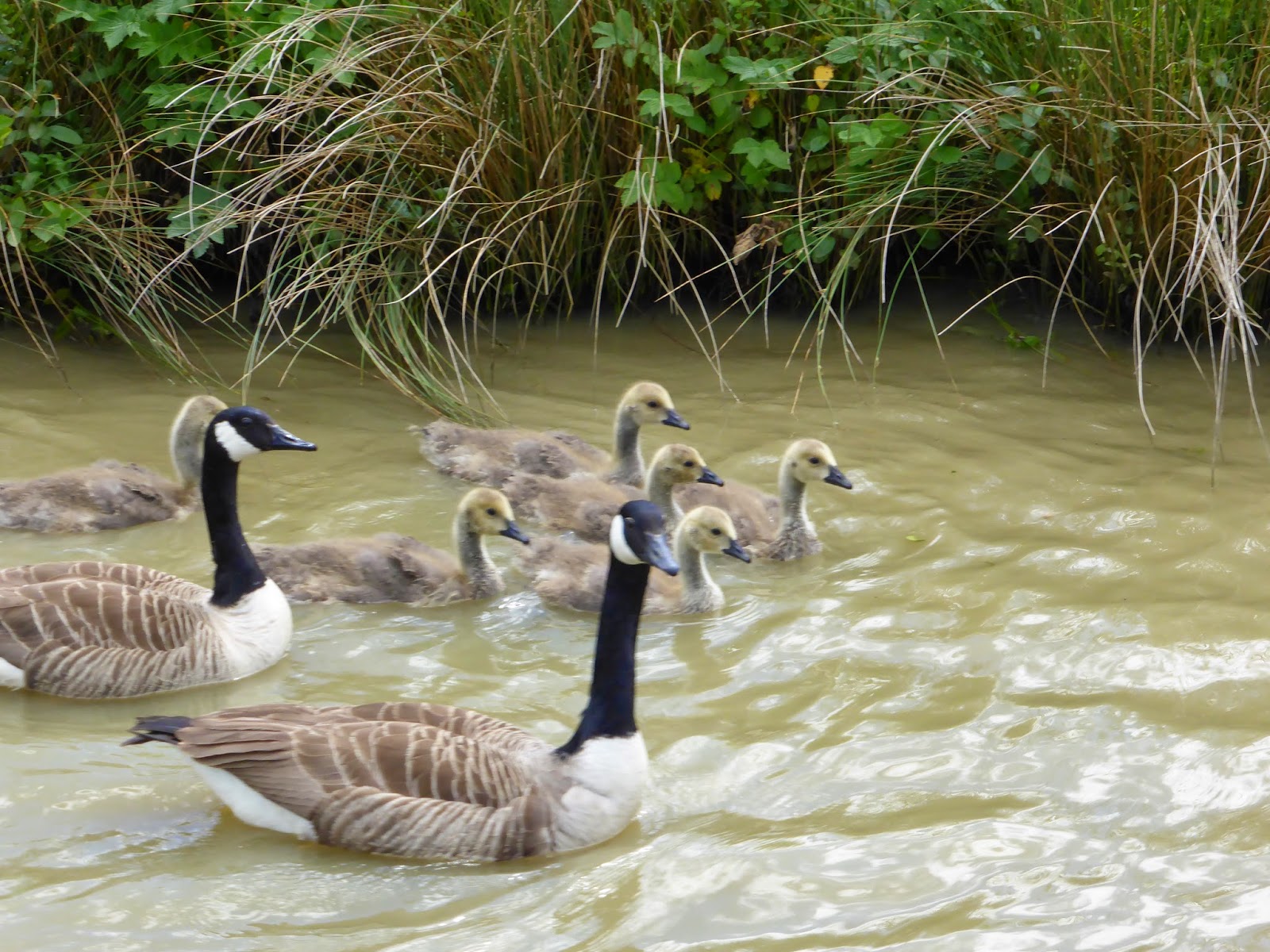 Quite a few boaters on the move, Sue enjoys her chats with crews at the lock paddles, while I have a chance for an acknowledgement as boats pass by. The sun is really warm and I pass a cold bottle of water to the grateful thirsty volockie. We moor within walking distance to the Folly Inn who's landlord takes pity on this hungry crew and persuades the chef to do two more roast beef dinners after her cut off time.

Monday- Sunny morning but forecast is for rain this afternoon so we set of at 10am for the short cruise into Wigrams Marina. We are now tied to a pontoon with shore power plugged in, I'm typing my usual drivel and Sue is fishing.

Tomorrow we go home, taxi to Leamington Spa, train to Liverpool changing at Birmingham then Easyjet to the Island. Will be great to see Nikita & friends but we will hankering on getting back to FL by the time our dog sitting duties are over.