A lot cooler for today's cruise, a short stop at Wallingford before continuing to Goring.
11miles, 3 locks, 3hours.

The village and river are in the Goring gap which separates the Berkshire Downs and the Chiltern hills.

The river here forms the county border between Berkshire and Oxfordshire.


While at Goring we had an enjoyable evening at a performance of 'All Hands on Deck' by the Mikron Theatre company. A versatile cast of four told the story of two WW2 wrens. 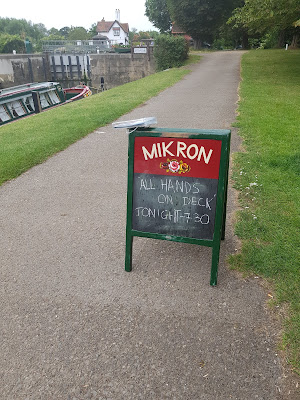