We have finally left the marina, originally we came in so Sue could get back to the island for a few days for a hospital appointment while I stayed to do some maintenance tasks .... this has stretched out to three weeks.


I've been painting at both ends of the boat getting up at 05:00 as this was the only time the well deck was cool enough to paint. 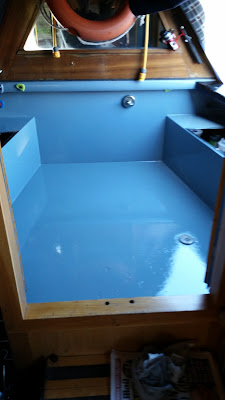 The well deck was easy but the engine bilge areas were difficult to get at and required a lot more prep with the angle grinder and wire brush.  I was getting fed up using the light grey paint so the engine bay floor got a couple of coats of red bilge paint. 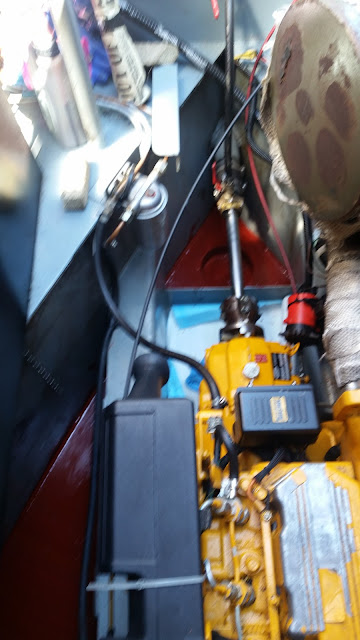 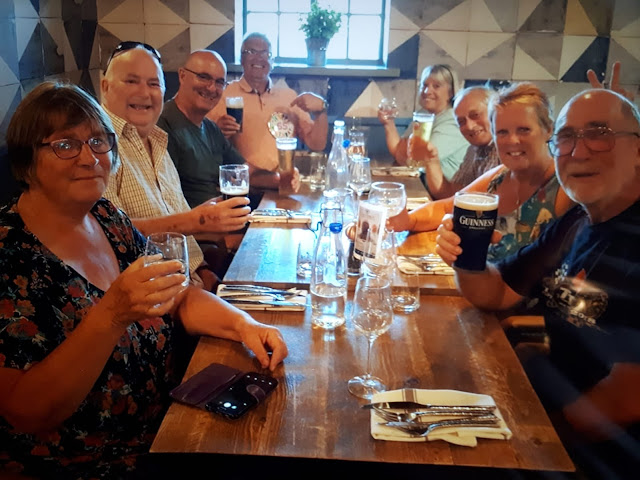 Roly had a significant birthday which was celebrated with friends in the marina restaurant. The following day we had a boys return cruise to Sandon.


Back to the painting the following day.
The stem has had a colour change from black to Manchester red and the brass mushroom vents, fairleads and tunnel light have all been brought back to a mirror shine.

The engine and gearbox have had oil changes and all FL's filters have been renewed.

Battle scars were touched up on the hull with bitumen and the top rubbing strake was repainted. The inside of the hatch doors were also rubbed down and repainted. 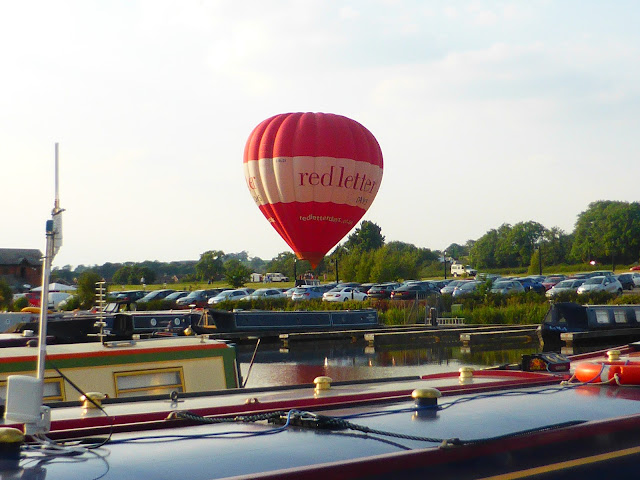 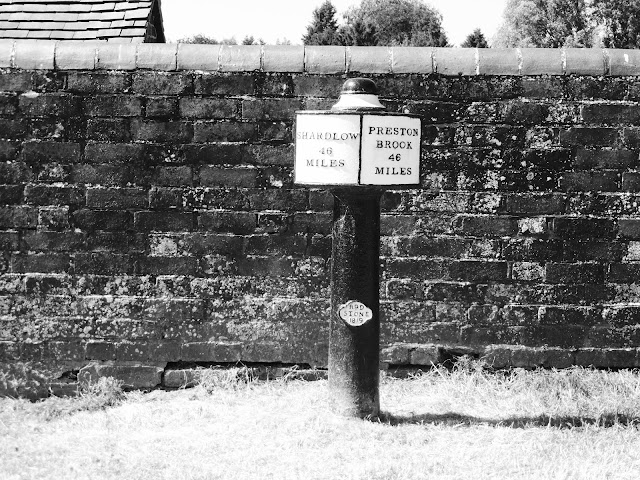