Joined in with the  new years dip in honour of Elaine Mcbride organised by her hubby Paul to raise money for a couple of good causes.

Money was being raised for Leo the lion  a young lad who is recovering after brain tumour surgery, I got to  speak with his mum and found out that she was originally from the Isle of Man - small world isn't it.

The sea was fer fer fer freeezzzing at first but the body soon got used to it and most dippers stayed in for a ten minute swim. Hot chocolate was available to all, with a splash of brandy if you wished.

A well organised event that raised more than 1000 Euros. 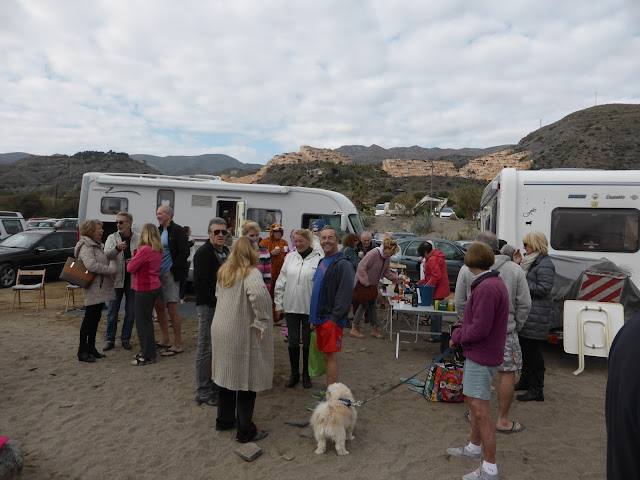 Today local guide 'Canadian' Barry took Martin and me on a walking tour of the hills that surround Mojacar. As we yomped up a dry gorge I realised how unfit I have become lately so tomorrow I will start a fitness regime.... manana. 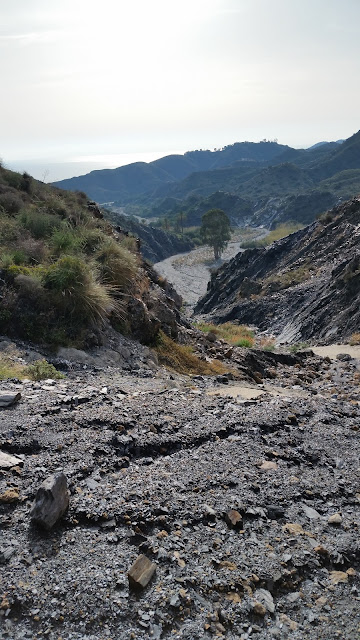 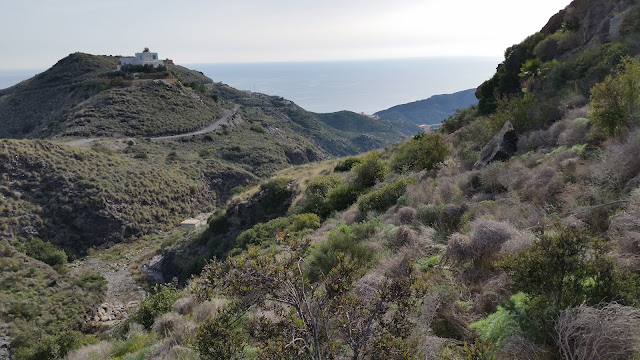 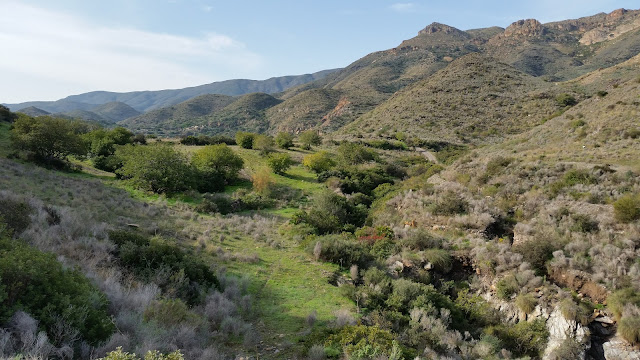