There is a market on every day of the week around this area, the Sunday market is held in Villaricos, up the coast about 20K. The market was the busiest that we have been to so far, coaches were dropping off the locals at the top end by the small harbour to trawl through the many clothing stalls, some selling fake branded products (unless Ralph Lauren & Lacoste do sell jumpers for 12 Euros in Spain) and bric-a-brac stalls. Lower down the street is what we had come for, fresh fruit and veg and especially the sweet juicy oranges. After a stroll around the harbour we sat at the tables of a cafe in the small square and had coffee, plus Churros from a street vendor. 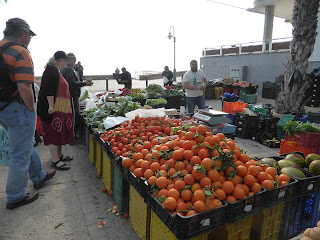 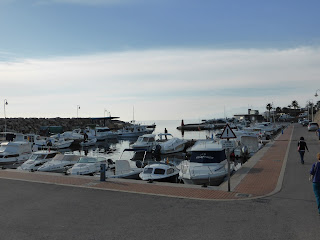 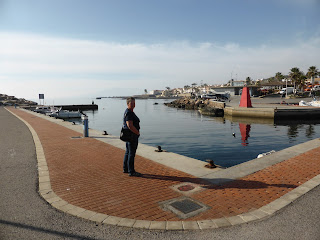 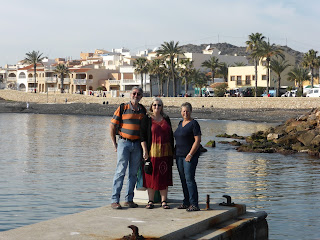 For lunch we headed for 'Irenes' a small establishment with a large walled terrace behind the church at Mojacar Pueblo. Three courses for 8.90 Euros, the food was very good and made a nice change from Sunday roast. 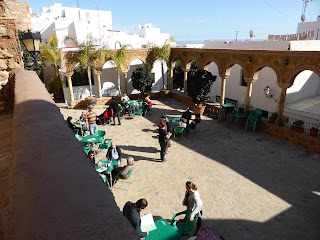 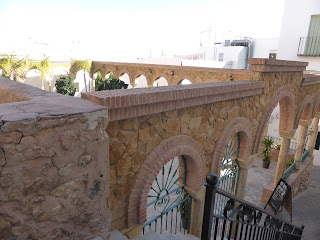 In the afternoon we watched Arsenal v Chelsea in the Irish Pub, we have watched a few of games in the bar in the last couple of weeks, the Guinness is good too.
Posted by Andy at 12:59