Got ourselves away from the coast for a couple of days inland to Granada about a 200k drive. Good and mostly empty roads swept us through mountainous regions. Once through the Spaghetti Western arid desert around Tabernas a million olive trees cling to the lower slopes with a craggy mountain backdrop, as we near Granada some of the peaks are snow covered. 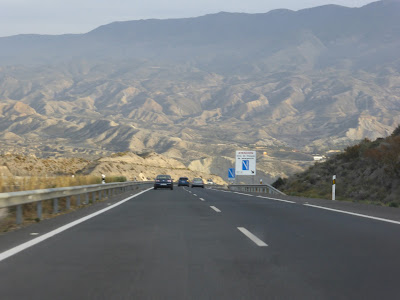 One of the most visited tourist spots in Granada is the Alhambra Palace, we paid our entrance fees and joined the queue for the 10:00 to 14:00 session. The building is immense, every wall, floor, door, gate and ceiling is decorated with marble, tiles, carvings or ornate plaster work. The towers are high with views over the new and old parts of the city. Water played a big part in the architect's design, fountains, waterfalls, ponds and watercourses flow in and around courtyards and the manicured gardens. 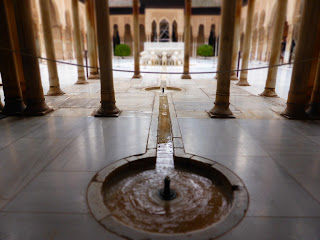 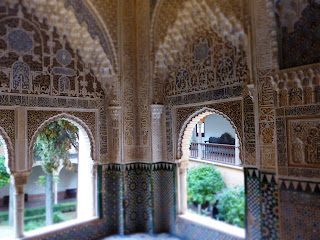 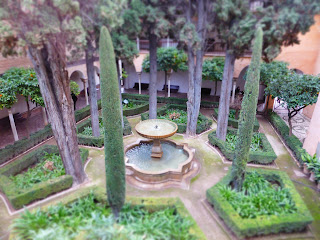 All too soon our session was over and we made our way to Cordoba for an overnight stop, a further 200K inland. The drive through the old part of town was interesting as the satnag took us through narrow streets, the wing mirrors had to be turned in to get past tight spots to the hotel.

The hotel was opposite the Cathedral (aka The Great Mosque) and in the morning we walked through it's huge wooden doors and had a ....I wasn't expecting that.... moment. Both our jaws dropped as we exhaled WOW. It's hard to describe the sheer scale of the place, four premiership football pitches could be swallowed within it's walls. Hundreds of columns and arches hold the roof up. The organ was playing while we visited, all around the inner walls are chapels and vaults adorned with paintings and statues.

The site was  originally Christian converted to Muslim and at one time a shared place of worship. The building as stands was Muslim built in the first century by Moorish architects. After war in 1286 Cordoba returned to Christianity and has remained ever since. Spanish muslims still lobby the Catholic Church to be allowed to pray in the cathedral but the Spanish church and Vatican has denied this on multiple occasions. Sign of the times are the machine gun armed guards in the court yard. 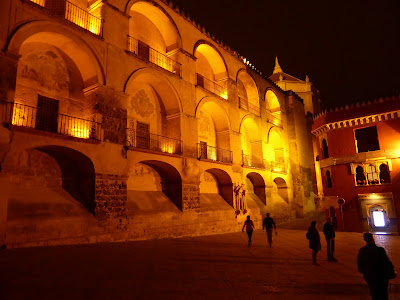 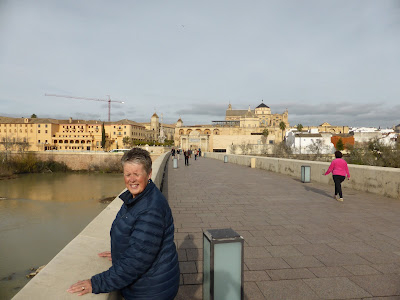 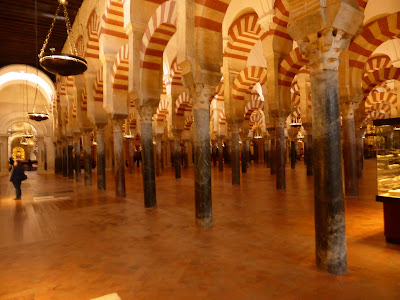 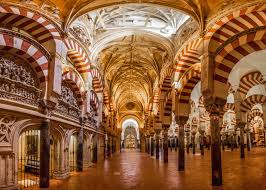 We explored the old town's river, narrow streets and plazas before it was time to head back to Mojacar.
Posted by Andy at 11:19