The canal has been the busiest we have ever seen it. 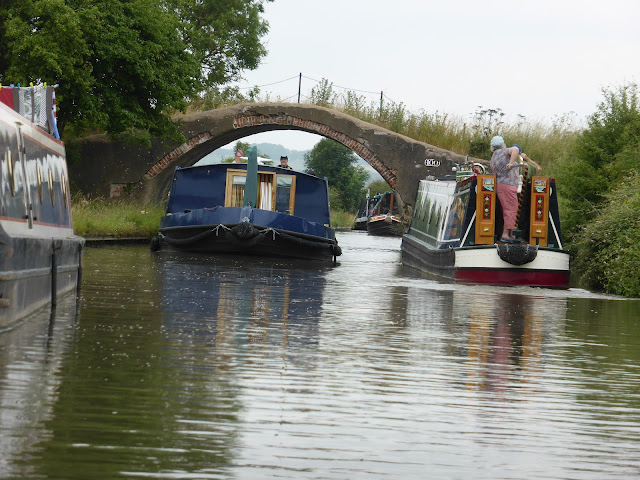 We have had a few good days sitting on the canal bank not doing a lot. Our friends Gordon & Dot joined us for a convivial weekend of outdoor inactivity including bbq, barn owl watching, laughter and the odd ale/vino. 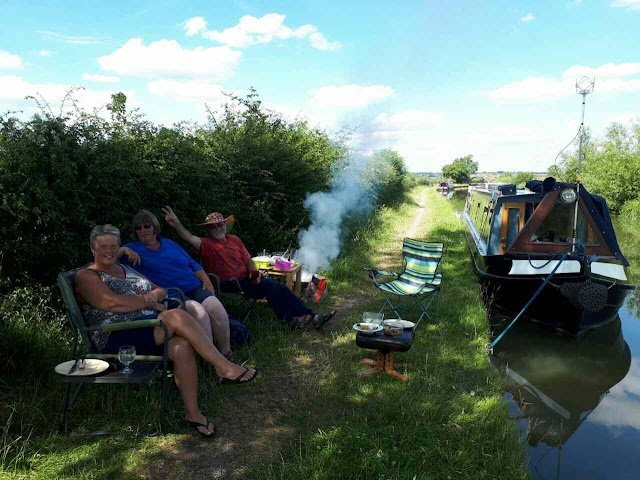 On a baking hot day the old seadog and I decided to walk into Ashby St. Ledger -  not the best time to go for a 10 mile yomp along the Jurassic way to visit this quiet picturesque thatched village. 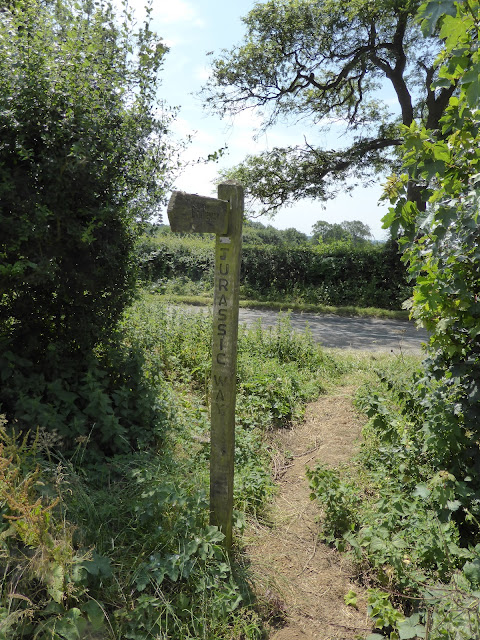 It was a gentle undulating stroll along farm tracks and through fields of wheat until we were standing at the edge of Northamptonshire Heights. Looking east from here it is flat plains all the way to the Ural mountains, because of this the BBC chose the nearby Borough Hill for it's World Service radio mast. 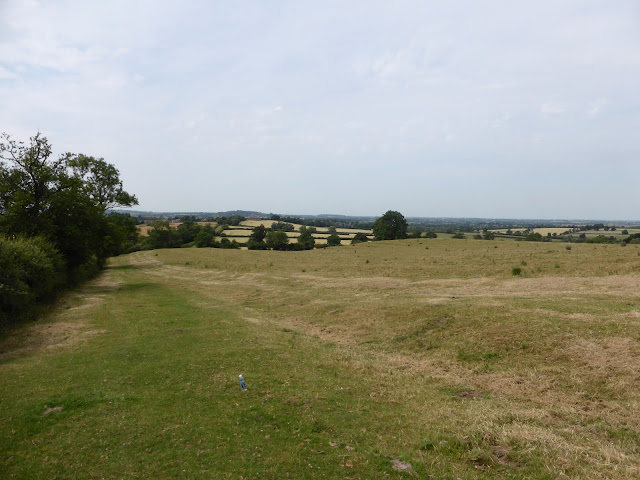 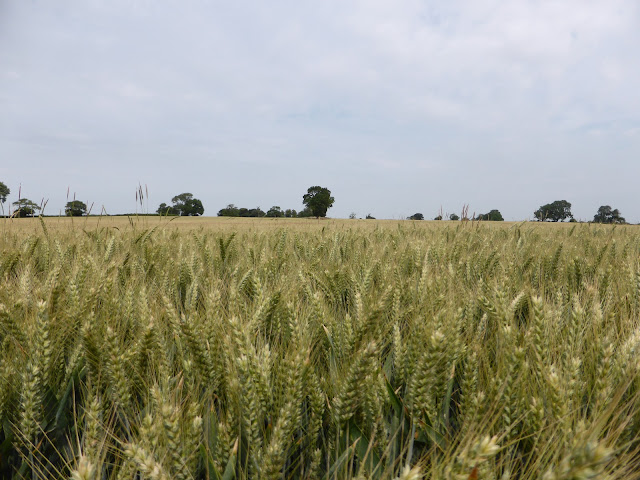 The village is very pretty, immaculately well kept (bet they have a committee for everything) devoid of humans when we were there - but I felt eyes were on the two strangers having a nose around from behind lace curtains. The thatching on the buildings including the village hall looked recent. 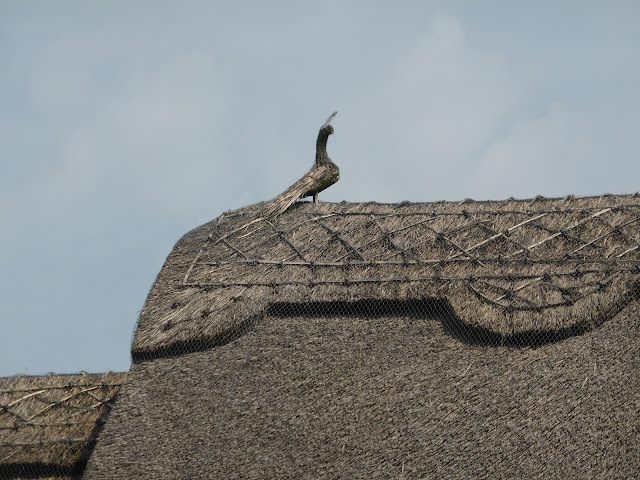 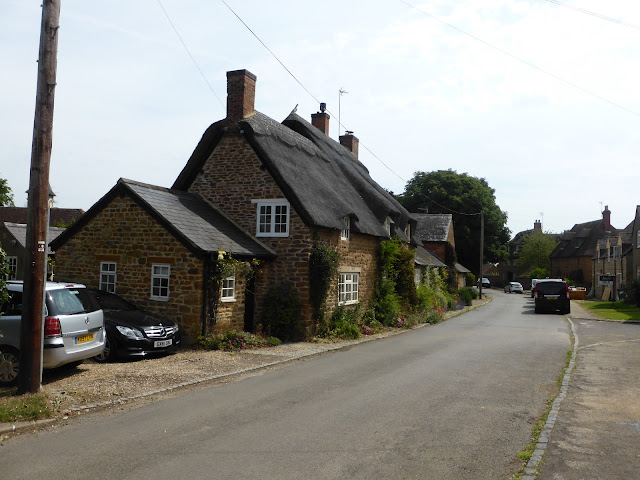 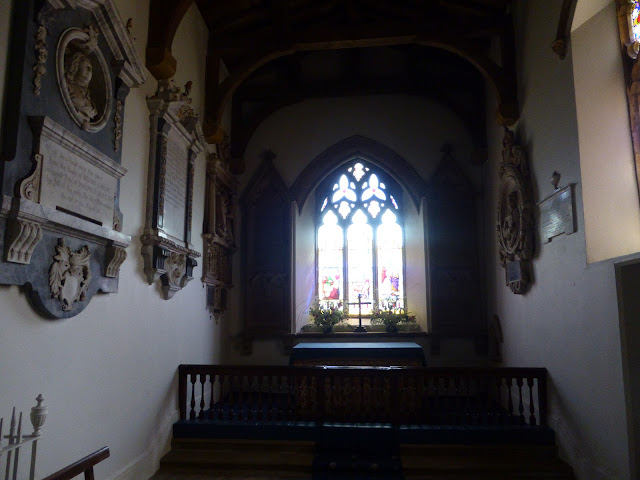 It was here that Robert Gatsby and Guy Fawkes met with fellow conspirators to plan the gunpowder plot.

The heat was getting to us so we stopped for something refrigerated at the Plough on the way back to the boats which were moored in the countryside  1.5 miles outside of Braunston. 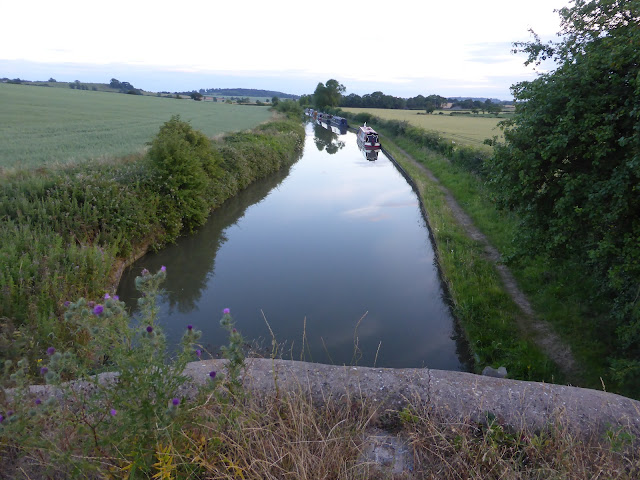